How CBD Brands Appropriate Adaptogens (And What It Means for Psychedelics)

Adaptogens are medicinal plants and mushrooms that are experiencing a resurgence in global wellness trends and among Western herbalists. The origin of adaptogens outdates the moniker itself, however, as the name refers to natural medicines that were selected from a variety of ancient human healing practices—but by removing these ancient medicines from their original practice, most participants in the modern adaptogen free-for-all are devaluing the plants’ efficacy and erasing the modality that was long used to diagnose and prescribe their use.

Today, a growing number of brands in the CBD and now psychedelics space are combining their products with adaptogens but frequently without consideration or respect for their cultural origins and/or purpose.

“Adaptogen” is a Western term used to describe plants and mushrooms that affect human physiology in different ways, typically with historical use as ancient healing modalities. The term was coined by Dr. Nikolai Lazarev in 1947 while researching stress resistance to serve the Soviet Union during the Cold War. He was initially researching chemicals before a colleague directed his studies towards plant medicines. His colleague, Israel I. Brekhman, had been inspired by the Nanai hunters who ate Schisandra berries to reduce hunger, thirst, and exhaustion.

Their research led the Soviet Ministry of Health to declare eleuthero, also known as Ci wu jia in Traditional Chinese Medicine, an official herbal medicine in 1962. This declaration marked the beginning of a now-ubiquitous trend whereby Western herbal medicine has touted the benefits of “new” medicinal plants or “superfoods” while ignoring their historical context — while in truth, these ancient medicines were used in indigenous Asian and First Nations cultures for thousands of years before they were “discovered” by the West.

Dr. Lazarev and Brekham completed over 1,000 clinical studies and tested their adaptogenic medicines on Russian Olympians and cosmonauts. They identified adaptogens as plants and mushrooms that carry the following three qualities:

Western medicine practitioners still don’t recognize the benefits of adaptogens, citing difficulty in discerning these medicines from tonics, anabolic agents, antioxidants, and immune system modulators. But for practitioners of Traditional Chinese Medicine (TCM) and Ayurvedic medicine, they represent established and proven healing methodologies used in their practices for generations.

Meanwhile, many North Americans have started using the wide breadth of adaptogens as spot treatments without learning the holistic approach to using these herbs, fruits, and mushrooms. However, using one adaptogen without the correct understanding could throw one’s system more out of whack. For example, in the Indian practice of Ayurveda, one’s doshas—an internal energy or essence—are taken into account before a practitioner dictates which plants will be suitable to bring balance back to the patient. In that practice, each person is considered to carry a unique combination of doshas, generally with one dominant dosha. A skilled Ayurvedic practitioner will note these imbalances and prescribe a diet and supplements, including herbs and mushrooms, in order to bring more balance to that patient’s life. Seeing the ancient remedies as a quick cure-all not only disrespects that lineage, it could ultimately do more harm than good.

Adding to this confusion, brands in the CBD industry have lately turned to adaptogens to augment goods including pure CBD oils, capsules, and other products.

CBD bands frequently include adaptogenic herbs and other plants in their tinctures, capsules, and product formulations. This is meant to influence the CBD’s effects, such as by promoting sleep or creativity.

Many use CBD as a stress reliever, so the connection between adaptogens and CBD does make some anecdotal sense. Examples may include an infused oil made with reishi mushroom to aid the immune system, a CBD capsule with ginkgo and bacopa monnieri that is supposed to improve mental clarity, or truffles with ashwagandha and maca meant to boost one’s stamina. Both adaptogens and CBD are believed to promote homeostasis, which draws another natural connection between the two products.

However, without the help of a practitioner, these products may not be as helpful as the creators hope—and worse, their misuse could cause actual harm.

The future of psychedelics, through the lens of adaptogens

Some companies have started to use adaptogenic mushrooms and CBD in combination, seemingly in preparation for a regulated psilocybin market. Consider the January 2021 launch of Caps by Cookies: their products combine cannabinoids, terpenes, and medicinal mushrooms in various combinations. This recipe is aligned with the usual adaptogenic CBD brands but the branding features mushroom cartoons that look nothing like the lion’s mane, reishi, or cordyceps used in the formulations. Instead, they appear as blue-capped psilocybin mushrooms bent into the word ‘Caps.’

Caps by Cookies available now… in Clarity and Bed Head !!! 🍄✨🌱 at https://t.co/KSIHH51W0F ! pic.twitter.com/WYVJP5jYKj

Caps itself is a common term in the psychedelic community, as many trippers believe the most psychoactive qualities are found in this part of the shrooms. This choice of branding begs the question: are they positioning to capitalize on the slow decriminalization and eventual regulation of psilocybin? If so, they aren’t the only corporation that would be posturing for psychedelic marketing or even patenting.

In February 2021, a startup patented the combination of cannabis and psilocybin mushrooms to treat psychological disorders. The startup, CaaMTech, has filed 110 psychedelic patents since 2017 but this was the first to be approved. When the podcaster and author Tim Ferriss tweeted concerns about psychedelic patents, that discourse led to a telling Vice article exploring the possible dangers and inevitable greed that could shape the future of psychedelic medicine.

Like adaptogens, psilocybin was used by indigenous people long before the rise of Western medicine. The treatment’s patenting and further colonization may lead to the same erasure of ancient knowledge that occurred in the Soviet Union when Dr. Lazarev equated all traditional healing herbs under the same moniker. Ignoring the established work of predecessors in the name of Western science doesn’t help the cause of medicinal research or the people it is meant to serve. And unfortunately, if the adoption of these substances by cannabis culture is any hint, the same fate likely awaits future psychedelic medicines.

Have an additional perspective to share? Send us a message to let us know, and if your comment is chosen by our editors it could be featured here.

Perspective to add? Suggest a revision or submit commentary for review using the form below. 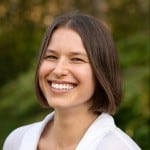 Cara Wietstock is an adept cannabis practitioner and writer with more than a decade of industry experience. She has settled in Bellingham, Washington with her husband, son, and a small zoo of pets. In her free time, she enjoys heady fiction, studies Ashtanga, and hikes around the local mountain trails with her family.

Thanks for reading our latest news article. Stay up to date on the latest hemp news, sourced and approved by HempRevs. If you have any questions or comments, please feel free to leave us a message in the comments!

Sign up for our weekly newsletter to stay up to date on the latest Industry news and follow our site for our next news story!